Toronto-born alto and soprano saxophonist Tara Davidson has performed around the world at such prestigious venues as New York City’s Carnegie Hall, the acclaimed North Sea Jazz Festival in the Netherlands, and The Kennedy Center, in Washington, D.C.

Tara has produced three recordings as a leader since 2003 and performed on over a dozen recordings. Davidson’s sophomore CD, Code Breaking, was nominated in the 2008 JUNO Awards for “Traditional Jazz Album of the Year”.

“…a fine player with a fertile imagination who most definitely bears watching…”  – AllAboutJazz.com

Tara’s candid and melodic lines will grace the stage with the artists from her 2011 album View: 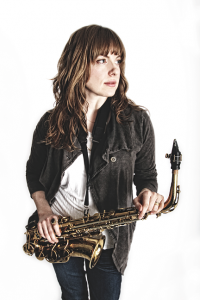