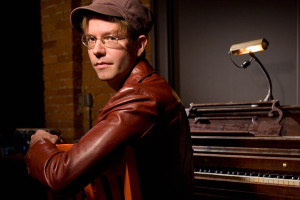 **PLEASE NOTE:  THIS IS A SPECIAL EVENT (not covered by GRJS annual passes)**

Join the Grand River Jazz Society in a special Thursday performance featuring internationally renowned jazz pianist David Braid, paired with Waterloo’s very own Penderecki String Quartet (quartet in residence at Wilfrid Laurier University).  The music features a contemporary work by Braid, inspired by the ancient Chauvet cave paintings in France.  The music expresses a deeply nuanced and expressive interpretation of art created as many as 25,000 years ago, echoing timeless themes of creativity and what it means to be human.

In high demand the world over, the group has toured widely in Asia, Europe, and North America.  The four Penderecki musicians (now originating from Poland, Canada, and USA) bring their varied yet collective experience to create compelling performances, some of which happen right here in our Region.  Don’t miss this exciting opportunity to hear five of Canada’s brightest musical stars on one evening’s program.