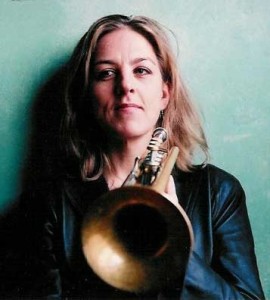 This contemporary jazz group co-led by the bass/drum duo of Justin Gray– bass and Derek Gray- percussion were born and raised in Toronto’s east end.  For the Jazz Room performance, they will share the stage with Grammy® award-winning trumpeter Ingrid Jensen and Vancouver’s rising star tenor saxophonist/film composer Eli Bennett.

Ingrid Jensen is a Vancouver native but a longtime NYC native.  She’s a Grammy winner  as a member of the Christine Jensen Orchestra, she’s backed Corrine Bailey Rae on Saturday Night Live and she has played with musicians as diverse as Clark Terry, Terence Blanchard and Peter Frampton.  Currently, Ingrid is an artist-in-residence on the trumpet faculty at the University of Michigan in Ann Arbor.

Thirty-five-time internationally award-winning jazz saxophonist and four-time Leo-Nominated film composer Eli Bennett has performed twice at the Grammy Awards in Los Angeles and shared the stage with the likes of Oscar Peterson, Hank Jones, Barry Harris, Terence Blanchard, and Dave Holland. He is a two-time-recipient of the CBC Galaxie Rising Star Award from the National Jazz Awards and the Ottawa International Jazz Festival, was awarded the Vancouver Mayor’s Arts Award for music in 2012, is a D’Addario Woodwinds Artist and a Yamaha Young Performing Artist, and in 2013 was awarded the Queen Elizabeth II Diamond Jubilee Medal from the Premier of BC.

Here is Ingrid Jensen with the Marianne Trudel Trio

Eli Bennett plays beautiful versions of  “Smoke Gets In Your Eyes” and “The Way You look Tonight” with Phil Dyer on piano. 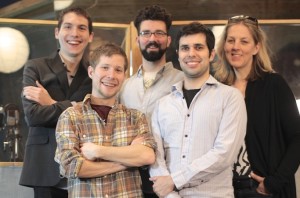