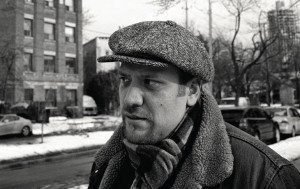 For those of you who missed Robi’s sold out CD launch  show, here is your chance!  This time Robi will be joined by Phil Dwyer, one of the great tenor players of the modern era, and a Member of the Order of  Canada.

With recording credits including well over 100 commercial releases and hundreds more radio, television, and film sessions, Phil Dwyer is one of the most recorded musicians in Canada. The Juno Awards represent the best in Canadian recordings annually and Phil has been featured as a player, writer, or producer on 9 recordings which have received a Juno Award, and has been a part of another 15 that received nominations. He has also been named best arranger and best saxophonist at the National Jazz Awards on multiple occasions.

The session will be completed by Juno award winner Mike Downes  on bass and  internationally renowned drummer Terreon Gully on drums. Mike has earned a reputation as one of Canada’s finest jazz artists. Based in Toronto, he has been active as a bassist, composer, arranger and educator in the Canadian music scene. Terreon  is currently playing in the bands of Dianne Reeves, Marc Cary, and Christian McBride.