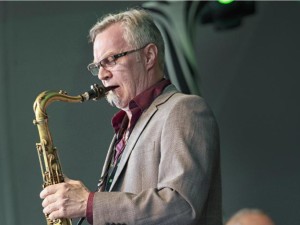 Kirk has been active as an educator for 27 years at leading jazz studies programs such as at the University of Toronto and McGill University. Kirk is presently a full time professor at Humber College in Toronto, where he holds a cross appointment in the Music Degree Program and the Community Music School. Kirk also acts as the Artistic Director for the “Youth Jazz in the City” project and directs the “Greater Toronto Area Honour Combos” and the “National Youth Honour Combo”. This project also hosts a 2 week workshop in the summer for high school students ages 14 to 18 in Toronto.

Here is a great line up including Kirk and Pat Labarbara on Tenors, playing Joe Henderson’s “Recorda Me”