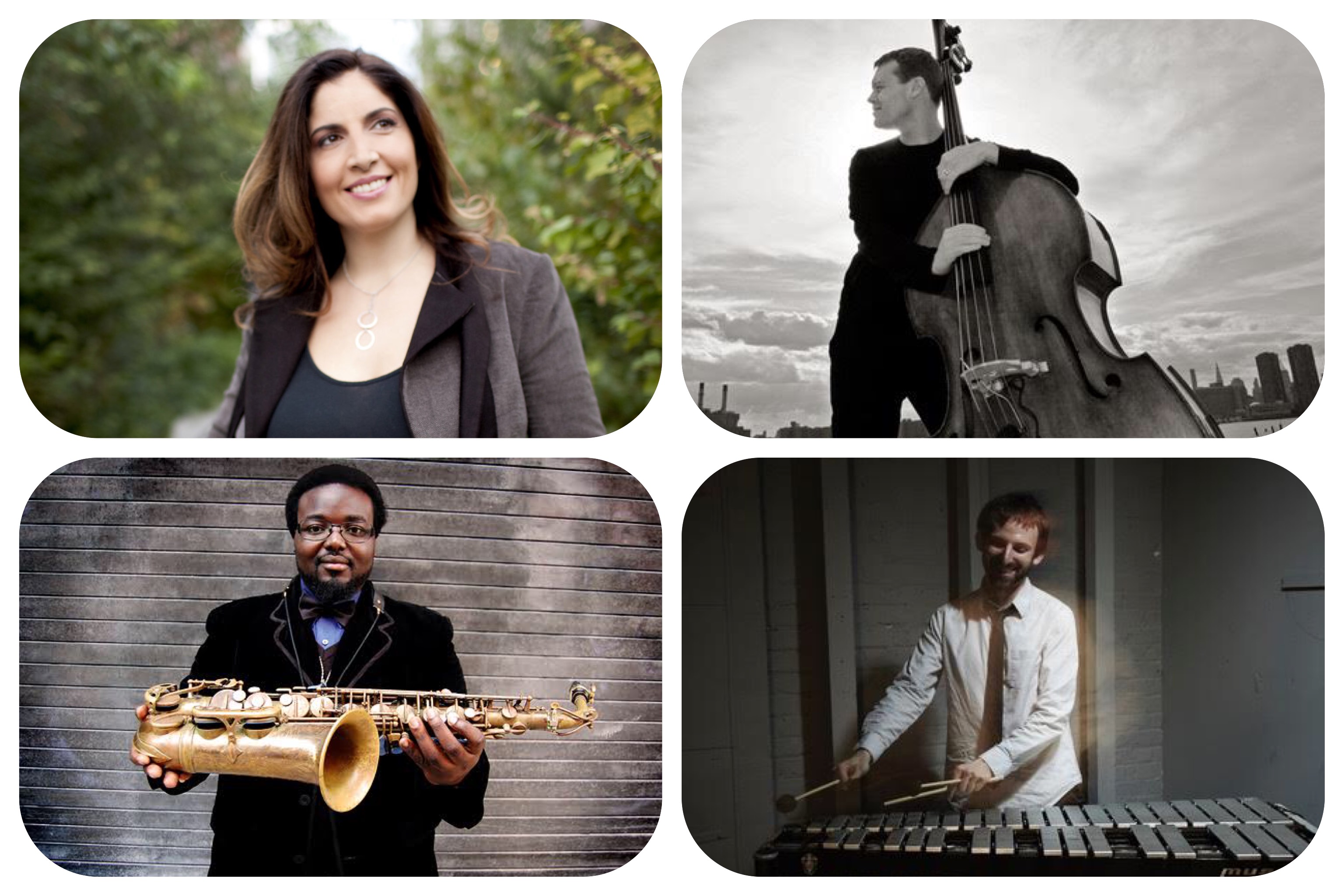 Melissa Stylianou has been turning heads and capturing hearts since the turn of this century, from her native Toronto to her adopted home of New York City, from intimate club residencies to top festival stages. Across her five solo albums (including 2014’s “No Regrets”, which JazzTimes called “Smart. Seamless. Stunning.”), Melissa has maintained a focus on storytelling, whether through her original compositions and lyrics, interpreting the music of songwriters like Paul Simon, James Taylor, and Björk, or finding a unique and personal way to present oft-sung jazz standards. From top stages and clubs in NYC (Jazz Standard, Birdland, Carnegie Hall, Dizzy’s at Jazz at Lincoln Center) to jazz festivals all over Canada, the U.S., and Europe, to her world-wide appearances with the NY-based vocal harmony trio “Duchess”, Melissa continues to endear audiences far and wide with her heartfelt singing and intimate performance style. Her newest endeavor is a trio album of jazz standards with Ike Sturm on bass and guitar legend Gene Bertoncini. DownBeat has called her a “sophisticated storyteller” and an “original”, while Grammy-nominated pianist Fred Hersch says: “Melissa has it all – a gorgeous instrument, superb musicianship and great taste.”

Chris Dingman is among the most celebrated composers and sought-after vibraphonists of his generation. Hailed by the New York Times as a  “dazzling” soloist and a composer with a “fondness for airtight logic and burnished lyricism,” his integrative approach to composition lends his music a fluidity and accessibility that transcends genres and has earned him praise as “an extremely gifted composer, bandleader, recording artist, and much sought-after sideman.” (Jon Weber, NPR). Dingman has collaborated and performed with some of the greatest musical minds, including Herbie Hancock, Wayne Shorter, and Anthony Braxton. His long-standing collaborations include cutting edge artists such as Ambrose Akinmusire, Steve Lehman, Jen Shyu, Tyshawn Sorey, Jimmy Greene, Ingrid Jensen, Fabian Almazan, Garth Stevenson and many others.

Ike Sturm is a bassist, composer and bandleader in New York City. He is the Music Director for the Jazz Ministry at Saint Peter’s Church in Manhattan and has performed with Alarm Will Sound, the International Contemporary Ensemble, Gene Bertoncini, Ingrid Jensen, Donny McCaslin, Bobby McFerrin, Ben Monder, Maria Schneider and Kenny Wheeler. His large-scale Jazz Mass album received a 4 1/2 star rating from DOWNBEAT magazine and was named among the “Best CDs of the Year.” His recent Shelter of Trees recording was described by renowned critic Bill Milkowski as “…undeniably beautiful.” The Ike Sturm Ensemble has toured across the U.S., Germany, Denmark, Sweden and Norway.  Ike’s current band is an acoustic duo with guitarist Jesse Lewis called ENDLESS FIELD and released their eponymous album in June of 2017 on Biophilia Records. The band will be recording an album in the wilderness in August 2019 and has been featured live on National Public Radio (NPR).  www.ikesturm.com

Season Sponsor for Women in Jazz