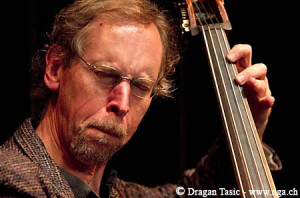 He worked with Woody Shaw internationally, too, frequently in New York and on several European tours. He has appeared on two Woody Shaw recordings: Solid (Muse 5329) and In My Own Sweet Way (In & Out 7003).  For this gig, Swainson performs with a paired-down and classic trio format including two of Toronto’s most in-demand performers, Perry White on saxophone, and Reg Schwager on guitar.