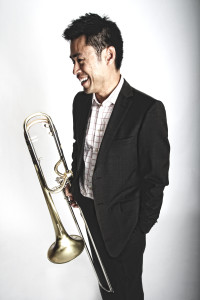 “…music of beauty, depth and deep feeling.” – Budd Kopman, All About Jazz

Trombonist William Carn has emerged as one of Canada’s leading contemporary jazz trombonists and composers.  He has performed internationally as well as throughout Canada.  He was nominated for a 2014 best traditional jazz Juno Award for the Carn Davidson NINE as well as being nominated in 2007 for his debut release, Other Stories.  He has also been nominated for Trombonist of the Year at the National Jazz Awards from 2004 to 2008.

The quintet includes some of the most creative musicians in Canada.  This quintet was formed to play the leader’s original material.  From the swinging and swaggering to the lyrical and introspective, the WCQ always brings sensitivity to their performances.  In 2006 their debut CD, Other Stories, was nominated for a Juno Award as Traditional Jazz Album of the Year.

William is a Rath Trombone Artist as well as a clinician and teacher.  He is a faculty member at the University of Toronto Jazz Studies program, Humber College Music program, and the National Music Camp.