Join Joni NehRita and her splendid band for a great fund-raising show, in support of her upcoming album!  This is not a Jazz Society show, so passes won’t be valid, but your admission will be supporting a great local artist!

An accomplished singer/songwriter/musician, Joni manages to blend the time- honoured qualities of classic soul with a modern sensibility that flirts heavily with jazz and pop. It is this effortless and seamless fusion that gives Joni her distinct sound and makes her feel familiar yet fresh and new.  Joni’s two previously releases were well supported by the CBC, Canada AM, The Toronto Sun, Now Toronto, KW Record, former Wave 94.7.  She has performed live on Canada AM twice, had the lead role in The Grand Theatre’s production of Hair and has been funded by the Ontario Arts Council. In 2011 her single, “Are You Ready” was picked up in the UK and even found its way onto the UK Soul Chart, peaking at #6.

Joni will be performing all of the songs from the upcoming album, and will be taking album pre-orders.  Don’t miss this great show! 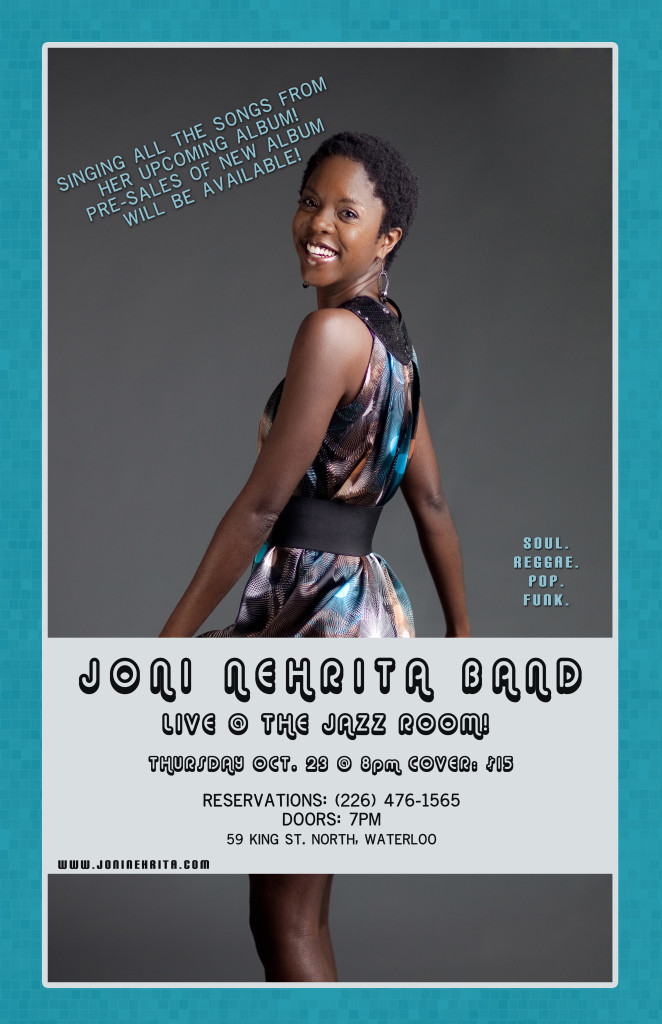