Amy Cervini – whom The New York Times describes as “a thoughtful and broad-minded jazz singer” for her free-spirited, genre-blind approach – pays homage to a childhood idol and kindred spirit with Digging Me, Digging You: A Tribute to Blossom Dearie.  Come for a preview of her upcoming release Jazz Country, and a selection of songs from Lovefool  & Famous Blue! 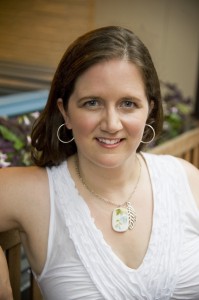 Amy on tour from New York

Time Out New York has praised Cervini’s work for “tearing down boundaries between old and new jazz styles” with a sense of honesty and pure good music as witnessed by Mushaboom.

Released in January 2012 by Anzic Records, Cervini’s third solo album features her vocals backed by a band of all-star New York jazz players as she re-envisions the vintage art of “jazz pixie” Blossom Dearie with a contemporary sensibility. James Hale of the CBC features this project in his recent post, “Amy Cervini digs deep to honour Blossom Dearie”

This follows the albums Love Fool (2009) and Famous Blue (2007), which established Cervini as one of the more individual talents on the North American scene for her intrepid sense of song and pure-toned, ever-swinging vocalism.