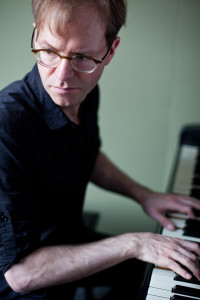 David with his sextet in Brazil.