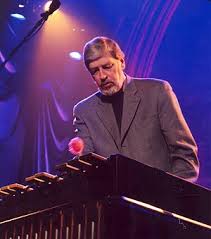 Thompson has resided in Toronto since 1969, the same year he became a member of Rob McConnell and The Boss Brass, initially as percussionist, then switching to bass in 1971, and later to piano from 1987 to 1993. He was also a member of Moe Koffman’s group from 1970 to 1979, first as bassist and later as pianist/arranger. Throughout the same period, he worked with guitarists Sonny Greenwich, Ed Bickert, Lenny Breau, as well as projects of his own. Thompson became a member of guitarist Jim Hall’s trio in 1974 and joined pianist George Shearing in 1982 for a five year period. He was a member of the Dave McMurdo Jazz Orchestra since its formation.

Don’t miss this one.

No video, but a great audio clip of the Jim Hall Trio with Don on bass and Terry Clarke on Drums  “Fly Me to the Moon”

“Salt Peanuts” with Don on piano