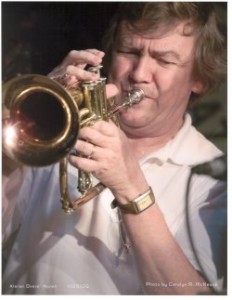 The EMS Quintet features the front line of Don Englert on reeds, Mike Malone on Trumpet and Mike Shields on Guitar  and they play straight ahead, elegant, modern jazz.

Don Englert studied music at the Northridge Campus of California University. Before relocating to Toronto many years ago, he spent nine years touring in bands led by some of the biggest names in jazz including Louis Bellson and Buddy Rich. He was a member of the famed Canadian rock band, “Lighthouse”, and since moving to Canada, he has worked frequently in pit-bands for shows at The O’Keefe Centre (later known as the Hummingbird Centre), The Royal Alexandra Theatre, and Hamilton Place.

Don worked as a studio musician for the Canadian Broadcasting Corporation (CBC) for a number of years in both television and radio, and has performed on a multiplicity of film soundtracks and recordings. For many years he has been a regular performer in orchestras at the renowned Stratford Festival, and is a long-time member of the Dave McMurdo Jazz Orchestra.

Mike Malone has been part of the Canadian jazz music scene since the early 1970s. He is a key member of the jazz studies faculty at Mohawk College in Hamilton, Ontario, serves as a clinician for Yamaha Music Canada, and conducts Improvisation Workshops at York University in Toronto.

MIke is featured as both a writer and performer with singer Ranee Lee, Nimmons ‘n’ Nine Plus Six, the Dave McMurdo Jazz Orchestra, Ted’s Warren Commission, the Alex Dean Quintet, The Brass Connection, the Kieran Overs Nonet, and the Ted Moses Quintet.

Hamilton-based guitarist Bob Shields’ mentors include Lorne Lofsky and Reg Schwager and their influence is reflected in Bob’s elegant & subtle comping, and inspired soloing. Bob is presently completing his Master’s Degree in Music at York and is on faculty at Mohawk College and McMaster U.

The rhythm section is completed by two Hamilton jazz stalwarts – Clark Johnson on Bass and Kevin Dempsey on drums.