One of the fresh and exciting new voices to emerge on the Toronto scene, Hannah Burgé
is a singer and educator who blends elements of jazz, pop and Latin American-based music into a sound that is uniquely her own. Currently touring her debut recording, Green River Sessions, her writing and singing has been described as influenced by such artists as: Tania Maria, Chick Corea, Kurt Elling, Dianne Reeves, Tierney Sutton and Luciana Souza. Her recently released single “Sunshine Samba” has received attention on Jazz FM 91.1., and her single “Black Velvet” has garnered praise for her unique approach.

Burgé has been a featured vocalist with esteemed ensembles, such as Samba Squad, the Dominic Mancuso band, and the Nathaniel Dett Chorale. She has also had the privilege of working and recording with world class musicians including: Hendrik Meurkens, Mary Alessi, Hilario Duran, Paco Domenic Mancuso, Anthony Michelli, Kelly Jefferson, and Njacko Backo. 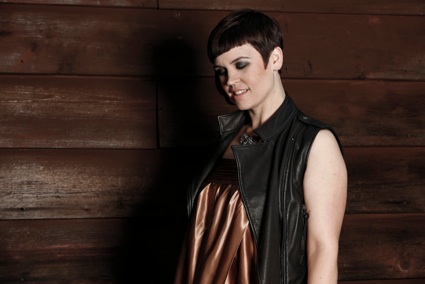 Tickets are available at the door or online. Visit our calendar, read recent news or sign-up for weekly e-mails.