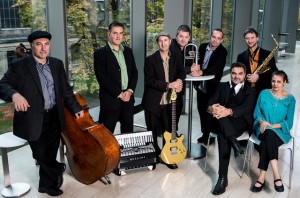 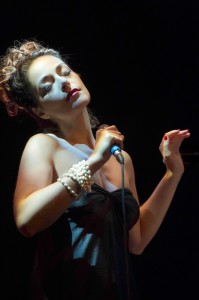 “This is really why we listen to music: to be surprised and lifted up, stripped of our preconceptions and left breathless by hearing something brand new. Big props to Michael Occhipinti and all the players for taking jazz into a new room” -Bill Bentley – Sonic Boomer

Michael Occhipinti’s Sicilian Jazz Project has been dazzling audiences world-wide with its intriguing mix of Sicilian folk material and the best elements of modern jazz, world music, funk, blues, and chamber music. Using Sicilian folk music as its starting point, the group takes the audience on a journey that reveals the drama and passion of Sicily’s past and showcase the global sound and great musicianship of modern day Toronto, Canada.

The Sicilian Jazz Project has been called “a masterpiece of cultural fusion” and received a 2009 JUNO Award nomination. The recording also resulted in the prestigious Ragusani nel Mondo Award being presented to Michael and Roberto Occhipinti in Ragusa, Sicily in 2009, and in 2010 Michael Occhipinti received a Chalmers Fellowship to live in Sicily and explore the folk culture there further.

As clarinetist, saxophonist, composer, arranger, and social critic, Don Byron redefines every genre of music he plays, be it classical, salsa, hip-hop, funk, rhythm & blues, klezmer, or any jazz style from swing and bop to cutting-edge downtown improvisation.  He has been consistently voted best clarinetist by critics and readers alike in leading international music journals since being named “Jazz Artist of the Year” by Down Beat in 1992. Acclaimed as much for his restless creativity as for his unsurpassed virtuosity as a player, Byron has presented a multitude of projects at major music festivals around the world.

Pilar is an Italian singer and songwriter. Her talent combines the vocal interpretation with the instrumental use of the voice: the result is a peculiar blend of folk and roots singer-songwriter style with a contemporary and original soundscape.