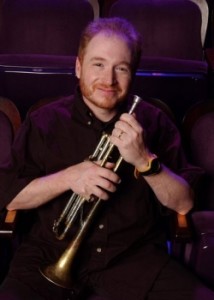 “The lyrical genius of the trumpet” – Chicago Tribune

Brad Goode was named one of the most influential Chicagoans of the 1980s by the Chicago Tribune, who credited him as a “major catalyst in the revitalization of the Chicago jazz scene.” His 15 solo recordings can be heard on the Delmark, Sunlight, SteepleChase, and Origin labels.

Adrean Farrugia is one of the Jazz Room’s favourite pianists, both as a sideman and as a leader of his own trio.

As a leader Adrean has released three albums. His second album ‘Ricochet’ was nominated for a 2011 Juno award for best contemporary jazz recording. As a composer Adrean has penned more than 30 works to date.

Here is Brad Goode in a quintet format playing a medley of Beautiful Love and All Blues.