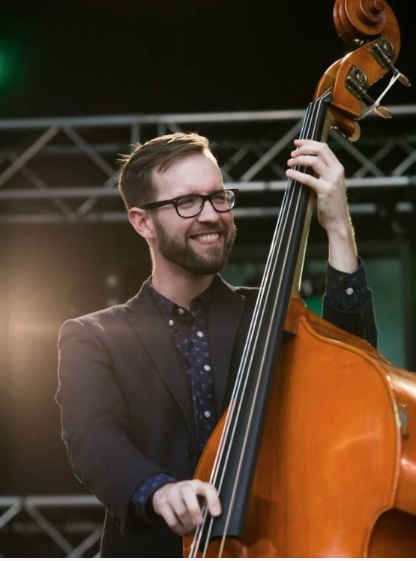 Award-winning bassist Mark Godfrey was raised in rural Southwestern Ontario and is a graduate of the University of Toronto’s Undergraduate Jazz Performance Program. He moved to Toronto in 2006 quickly established himself as an active member of the city’s music community. A participant of the 2010 Banff Center for the Arts Workshop in Jazz and Creative Music as well as a resident of the 2013 Banff Centre Winter Residency Program, Mark is one of the most sought after double bassists in Toronto. In 2014, Mark, along with Pram Trio, was nominated for the Julian Award of Excellence for Emerging Canadian Artists and later that year was awarded the Grand Prix de Jazz from the 35th Festival International de Jazz de Montreal. In 2015, Mark was awarded both an Ontario Arts Council Chalmers Award and a Canada Council Grant for Professional Musicians to pursue a period of study in New York City with American bassists, Scott Colley and Matt Brewer.

Now, back on Canadian soil, Mark performs on both acoustic and electric bass, regularly working with a variety of Toronto-based ensembles in addition to co-leading the collective: Pram Trio. As a sideman, he performs and has recorded with the Toronto Jazz Orchestra, the Teri Parker Group, Ian Sinclair’s “A Series of Tubes”, the Mackenzie Longpre Septet and the Nick Scott Group among others.