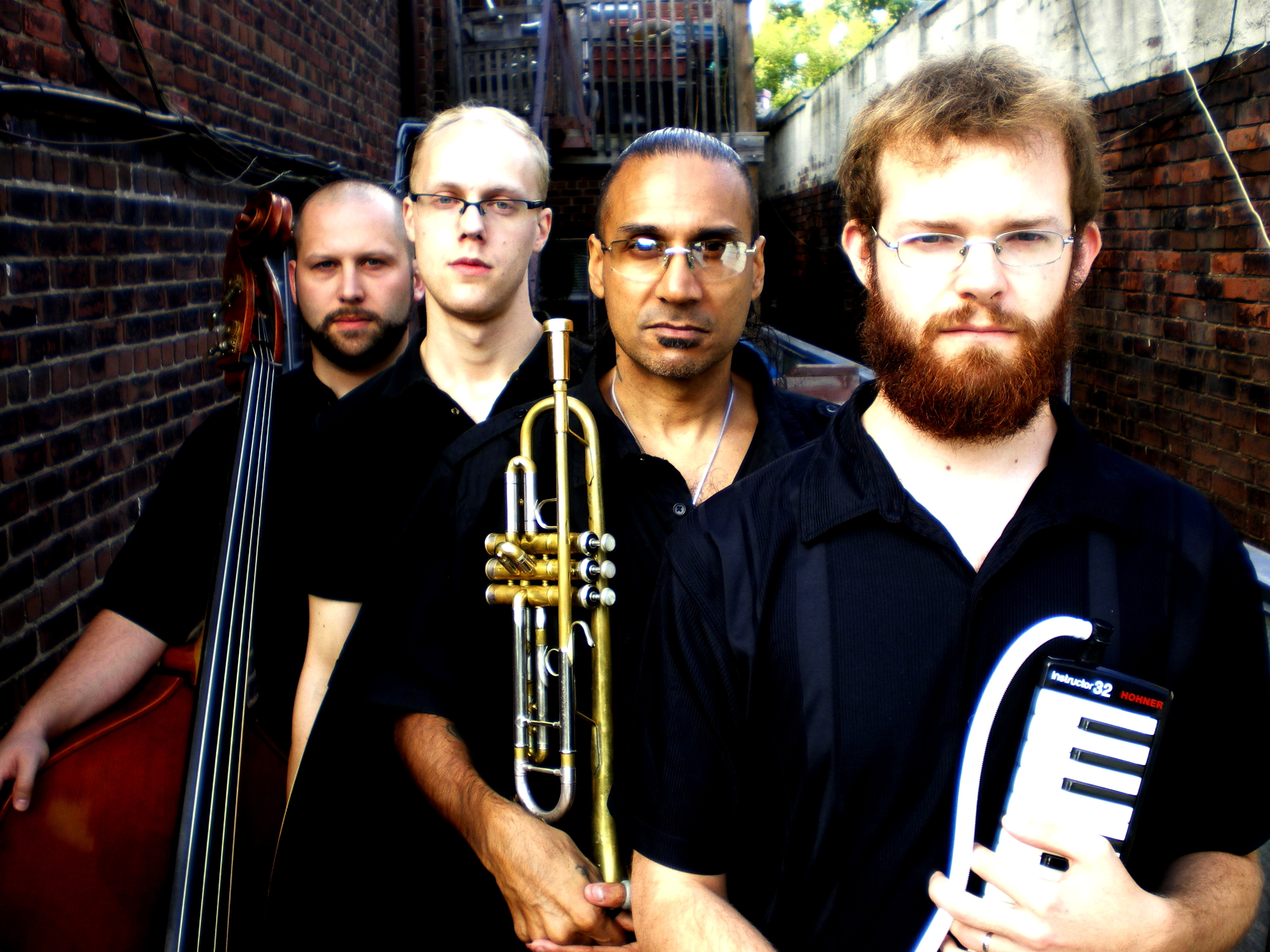 Repeatedly regarded as a modern take on the ferocious and hard-swinging post-bop era, the group has been busy in the Ontario jazz club circuit and featured in numerous festivals and concert series including multiple appearances at the Toronto Jazz Festival both as a featured ensemble and an often requested backing band. In addition to their original material, the ensemble has also mounted several popular tribute series to jazz masters including Herbie Hancock, Wayne Shorter, Miles Davis, Freddie Hubbard, Clark Terry & Cole Porter.

The group is frequently lauded for the strength of their collective improvisatory vision and features one of Canada’s most provocative improvising trumpet-playing iconoclasts Brownman Ali, standing shoulder to shoulder with Maclean & two of Toronto’s top-tier rhythm section 20-somethings: Jesse Dietschi on bass and Tyler Goertzen on drums.  The synergy of the 4 is always palpable in concert.

Here is the Quartet