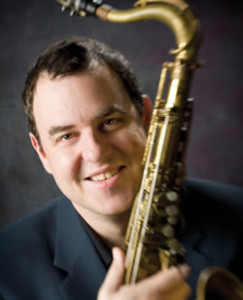 ”Phil Dwyer, in my estimation, is one of the great tenor players of jazz.” -Dave Young

On Dec. 30, 2013 Phil was appointed as a Member of the Order Of Canada. He was cited for “his contributions to jazz as a performer, composer and producer, and for increasing access to music education in his community.”

With recording credits including well over 100 commercial releases and hundreds more radio, television, and film sessions, Phil is one of the most recorded musicians in Canada. The Juno Awards represent the best in Canadian recordings annually and Phil has been featured as a player, writer, or producer on 9 recordings which have received a Juno Award, and has been a part of another 15 that received nominations. He has also been named best arranger and best saxophonist at the National Jazz Awards on multiple occasions.

In addition to his career in music Dwyer has frequently and passionately advocated for greater awareness of mental health issues. He also entered his first year of law studies at UNB Fredericton in September of 2014.