“delicate jazz guitar that dances at the right moments” – cbc.ca

Dave Thompson began as a gigging guitarist in the late 1980s and is currently playing in the Stratford Festival production of the Who’s “Tommy.” Previous Stratford seasons include work on “Wanderlust” and “Jesus Christ Superstar.” Dave also tours with Juno-winners Kellylee Evans and Susan Aglukark, and freelances at jazz festivals, clubs and concert venues across Canada and the USA.

Dave studied jazz composition and guitar at the Berklee College of Music in Boston and has worked in concert halls, festivals, summer resorts, clubs, musical theatre, radio and TV, as well as on many recordings as a sideman, producer or arranger.

Dave has opened for George Benson, Richard Bona, Chris Botti and others as a member of Kellylee Evans’ group, and has toured extensively, including concerts in every province and territory Canada (including Nunavut) and in several US states.

Dave teaches privately in his studio and also as an adjunct professor of music at Heritage College in Cambridge, Ontario. With years of recording experience, and with his own “Studio Indigo,” he has played, engineered, produced and arranged on many releases and demo projects.

Dave’s lead will bring a mix of standards and originals to the stage. 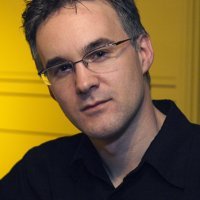