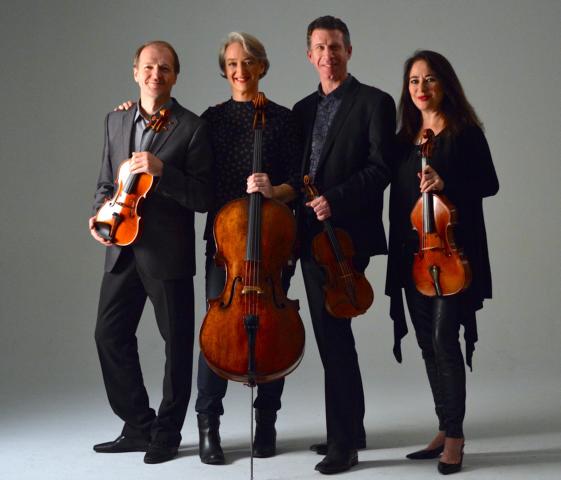 Hailed in the Canadian press as “one of his country’s true renaissance men when it comes to music” (The Ottawa Citizen), and “a jazz genius to call our own” (Maclean’s Magazine), composer and pianist, David Braid is an eight-time Juno nominee, and winner of three Juno Awards for his solo piano recording, ’Verge’, large ensemble recording, ’The David Braid Sextet Live.’, and small ensemble, “The North”.

David Braid is a Steinway Artist, a Special Associate Artist of Sinfonia UK, an Artist-in-Residence at the University of Toronto, and an adjunct professor at the Danish National Academy of Music. He is a recipient of the Ontario Foundation for the Arts’ prestigious prize: ’Paul de Hueck and Norman Walford Career Achievement Award for Keyboard Artistry.’

Celebrating their 31st anniversary, the Penderecki String Quartet began their career as winners of the Penderecki Prize at the National Chamber Music Competition in Łódz, Poland in 1986.   Now based in Waterloo, Ontario where they have been Quartet-in-Residence at Wilfrid Laurier University since 1991, The Penderecki String Quartet has become one of the most celebrated chamber ensembles of their generation.  The four Penderecki musicians (now originating from Poland, Canada, and USA) bring their varied yet collective experience to create performances that demonstrate their “remarkable range of technical excellence and emotional sweep” (Toronto, Globe and Mail).