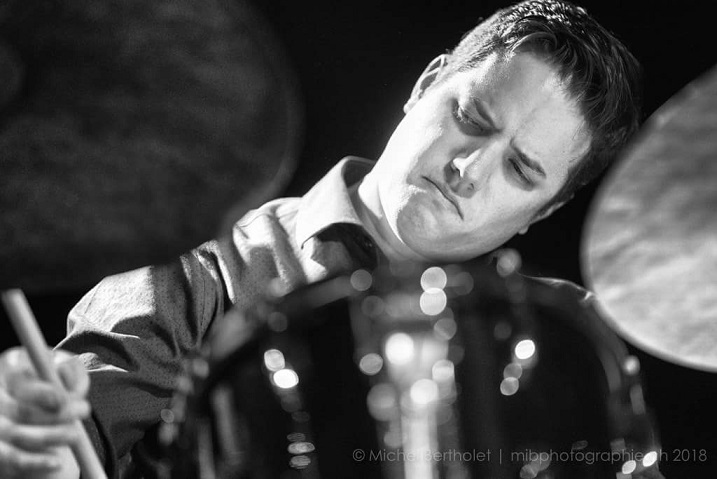 Drummer-composer Ernesto Cervini is making a name for himself as a consummate bandleader and in-demand collaborator, praised for his deep musicality and infectious energy. Downbeat described his fluid style as one that “exemplifies ‘float like a butterfly, sting like a bee’.” Modern Drummer said: “Cervini recalls such old-schoolers as Art Blakey and Billy Higgins… It’s his robust, magnetic personality that fascinates consistently.” Cervini has released 3 quartet albums as a leader as well as 2 albums from his sextet, Turboprop on Anzic Records.  The latest, Rev was hailed as a “shoot-the-lights-out blast of a listen” by Frank Alkyer, editor of Downbeat Magazine and it was nominated for a 2018 JUNO Award for Jazz Album of the Year:  Group.   He is also a member of Myriad3, alongside keyboardist Chris Donnelly and bassist Dan Fortin. JazzTimes called the collaborative trio “Canada’s answer to groups such as The Bad Plus and E.S.T, bearing a similar open-minded perspective and unpredictability.” Myriad3’s second album, The Where, was nominated for a Juno Award and the band was also nominated for an Indie Music Award (presented by Sirius/XM Radio) for 2014 Jazz Group of the Year in Canada.