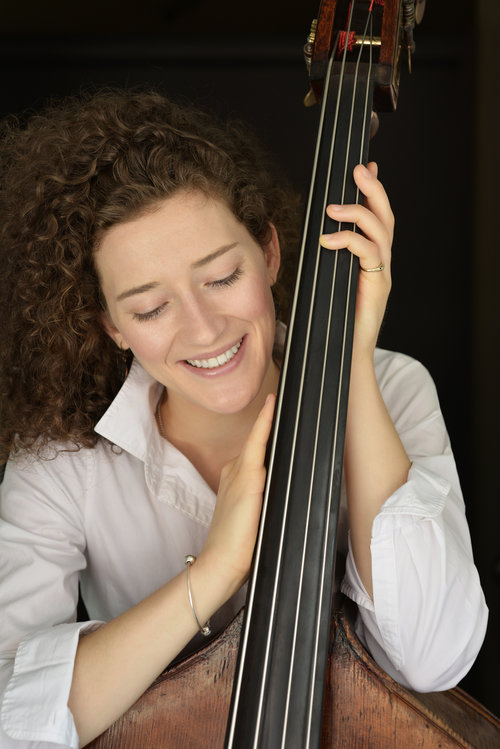 Jillian McKenna is a Canadian bassist and composer from Hamilton, Ontario. Regardless of style, Jillian’s impactful sound on the bass resonates through whatever music she is a part of. No stranger to versatility, she can be found playing in jazz combos, big bands, pit bands, bluegrass groups, alongside singer-songwriters, and performing a variety of new and original music. With a passion for listening, Jillian’s ability to cohere with every musician she plays makes her a sought after musician in today’s industry.

Jillian began studying jazz at Mohawk College in Hamilton, ON under many influential Canadian jazz musicians, among them being Pat Collins and Adrean Farrugia. Very quickly she began working as a professional musician in and around both the Toronto and Hamilton scenes. In 2015 she moved to New York City on a scholarship to attend the New School for Jazz and Contemporary Music in Manhattan. It was there where she had the opportunity to work with a number of esteemed artists including Peter Washington, Reggie Workman, David Wong, Ben Williams, Matt Wilson, and Joel Frahm to name a few. Over the years she has appeared at a number of music festivals  including, but not limited to, the Carthage Music Festival  (Tunis, Tunisia), the Bern Jazz Festival (Bern, Switzerland), the Toronto Jazz Festival (Toronto, Canada), and the Niagara Jazz Festival (Niagara, Canada) as a part of many different projects. In 2017 Jillian began leading her own band, The Jillian McKenna Project.