The music: an eclectic mix of original compositions influenced by jazz, chamber, and popular music styles with both vocal and instrumental numbers. Michael Coghlan is a composer, pianist,and digital instrumentalist who works in a wide variety of styles. Professor Coghlan has served as the Chair of the Department of Music at York for eight years. 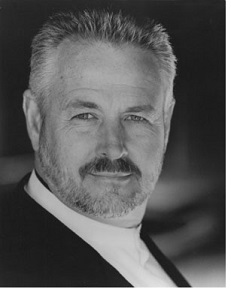 One of Canada’s finest oratorio singers, award-winning bass-baritone Daniel Lichti appears with major symphonic, choral, and concert organizations throughout Europe, the USA, Canada, and South America. He continued to manage his family’s hog farm in New Hamburg, Ontario, until 1992, when he began to pursue a full-time music career, gradually undertaking more opera engagements.  He is an Associate Professor at WLU.  Lichti’s voice is a dramatic or ‘spinto’ baritone, and has been described as a ‘rich mahogany.’ He has received several grants from the Ontario and Canada arts councils, was named outstanding performer in the 1986 Du Maurier Search for the Stars competition, and was a finalist in the Joy in Singing Competition (1990). His recording Songs of Hugo Wolf was nominated for a Juno award and received Gramophonemagazine’s ‘critic’s choice’ designation.