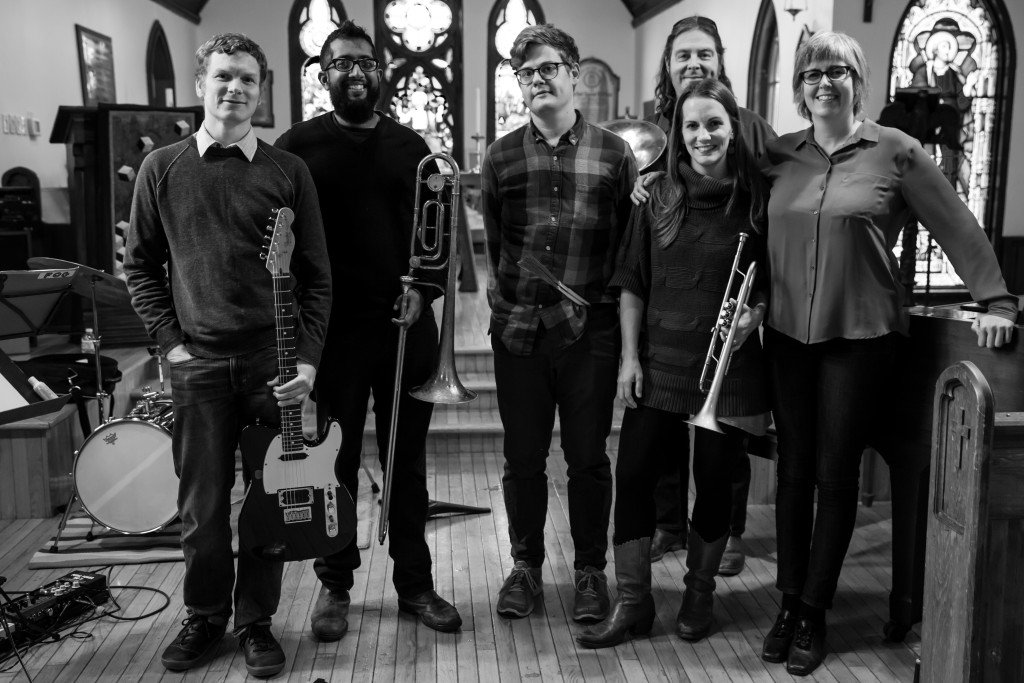 Rarely do performers shine in all their radiant apparel, creating an unmatched nimbleness of sound, as Hennessy and her ensemble.  – The WholeNote

It’s a one-two punch beginning that says this is a different type of brass band… a uniquely enchanting recording.  – All About Jazz (4.5/5 Stars)

Rebecca Hennessy is a highly sought-after Toronto-based trumpeter, composer and bandleader who has been performing, recording and touring with various projects since moving to Toronto in 2003 from Vancouver Island, BC. As a leader and co-leader, Rebecca has released seven albums to date and has toured Mexico, Panama, Sri Lanka, Europe, USA and extensively in Canada. She has also performed and recorded with internationally recognized artists including Adele, Ron Sexsmith, Andy Kim, Owen Pallett, Broken Social Scene, Feist, Ab Baars and Ken Vandermark.

In July 2016, Rebecca Hennessy’s FOG Brass Band was nominated for both the Montreal Jazz Festival’s Grand Prix de Jazz and the Galaxie Rising Star Award at the Halifax Jazz Festival. Immediately following this tour, FOG recorded their first full-length album, Two Calls, funded by the Ontario Arts Council and Canada Council for the Arts. FOG performs Rebecca’s original music, which merges the traditions of New Orleans party brass bands, Balkan folk music, country blues and high-energy jazz-rock together. These songs, in all their diversity, evoke her myriad musical and extra-musical influences, and feature Toronto’s most creative and exciting improvisers.

Here they are at the Burdock