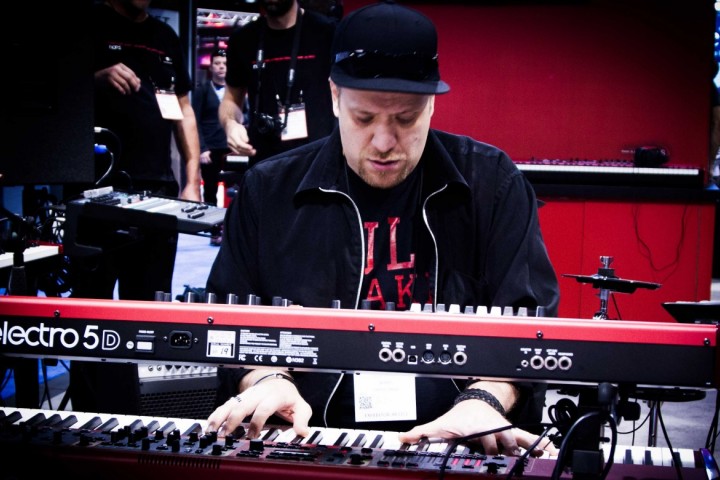 ROBI BOTOS has been hailed as one of the most diverse multi-instrumentalists  of this generation. From the hard-bop style of Bill Evans and Herbie Hancock, to the swing of Oscar Peterson and the heartfelt melodic expression of Mulgrew Miller and Cedar Walton, Robi has managed to master the technique of his idols, all while showcasing his musical expressions in a voice that is purely his own. While Robi is known for being a strong player in the traditional jazz and funk fields, he always incorporates an element of the music he grew up listening to into his playing. Says organist, trumpeter and pianist Joey Defrancesco: “Robi is one of the most swingin’, soulful, funky, world class players I’ve ever heard, and he has a technique like you can’t believe. Definitely one of my very favorite players!!!”

Born of Romani descent in Hungary, Robi taught himself first to play drums as a young child, and got his first taste of being a professional musician working throughout Budapest. Robi was first introduced to the piano when he was 7 years old, and never looked back. He continued to perform throughout Hungary and when he turned 20, decided to move his wife and children to Canada, to further pursue the career he was born for. Now 20 years later, Robi has solidified himself as one of the most sought-after pianists in the country.

“Close to You” at Koerner Hall