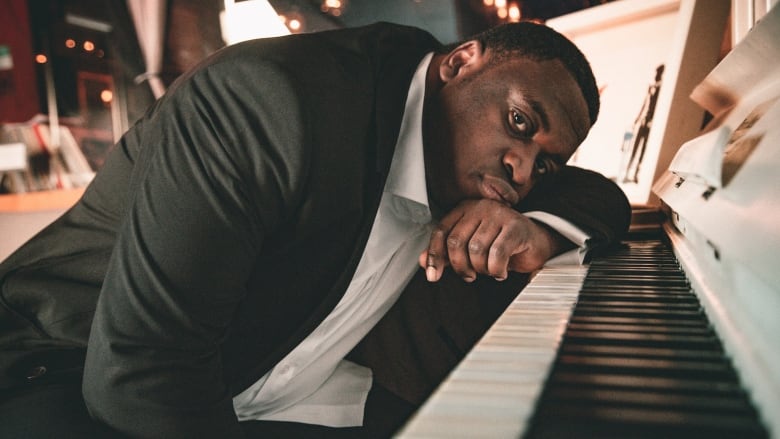 Hailing from Toronto, Ontario, Thompson Egbo-Egbo is a pianist with a gift for memorable but harmonically complex compositions that have at their core a deep, abiding groove.
A rambunctious and free spirit was channeled in a creative direction with piano lessons at an inner-city music school. After graduating from high school, Egbo-Egbo earned a degree in Music from Humber College and studied electronic production and design at the Berklee College of Music in Boston.  An ever popular performer, many solo engagements turned in to long-term residencies at venues like The Shangri-La Hotel & Jacob’s Steakhouse.
In 2014, Egbo-Egbo released ‘Short Stories’, a collection of original solo piano compositions inspired by his residency performances.
Four years later, Egbo-Egbo issued ‘A New Standard’ for eOne, which sought to redefine the concept of the jazz standard, and included original takes on Radiohead, Bob Dylan and Laura Mvula tunes. The album was well received by critics and audiences alike with the Canadian Beat magazine calling it “a brilliant display of creativity, keen diversity and expert arranging”. The album was included in JazzFM’s Music Director’s Top 20 of 2018, landing at number 8!
His new album “The Offering” is recorded with the same jazz trio format.

“It’s Not that Serious”