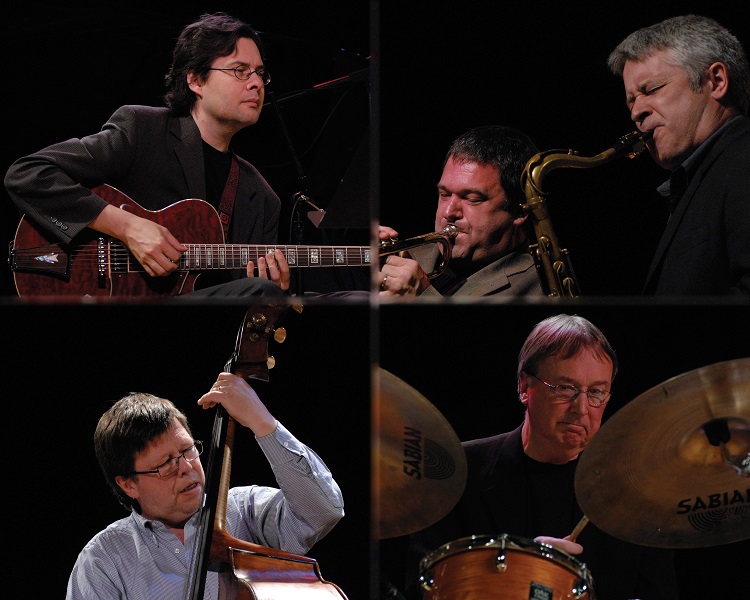 “International performer, drummer, composer, record producer, educator and multi-award winning Barry Elmes is a mainstay of the Canadian jazz scene. His work has been documented on over 90 jazz CDs and he has performed all over the world. In 1991 he formed the Barry Elmes Quintet featuring a “who’s who” of the best in Canadian jazz. A success from the beginning, this group has released six notable recordings, the first of which, the critically acclaimed “Climbing”, featured Barry’s own compositions and received a Juno nomination for Best Jazz Recording. His CD “The Five Minute Warning” received an Indie Award nomination for Best Jazz Recording 2001. The Barry Elmes Quintet won Acoustic Jazz Group of the Year at the 2002 National Jazz Awards. The long-awaited recent CD “Dog’s Breakfast” showcases Barry’s latest compositions. At the Jazz Room, the quintet will perform selections from all of their CD releases.”