Sophia Perlman – Where the West Begins

Sophia Perlman has made a name for herself as one of Canada’s most promising young vocalists. Her musical maturity and impressive ability as an improviser has made her a first call not only as a bandleader but also as a frequent guest with many of Toronto’s top musicians and ensembles.

“Perlman’s approach is all at once soulful, gut-wrenching, funky and provocative” -Leslie Mitchell-Clarke, The WholeNote Magazine 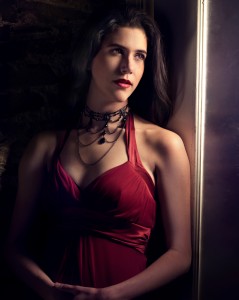 Sophia was the featured vocalist with The Vipers, whose November 2011 release has been widely played on JazzFM, and CBC.

Recent releases include performances with the Darcy Hepner Jazz Orchestra and The Toronto Jazz Orchestra, and in September 2012, she released a new album with long-time collaborator Adrean Farrugia, “Alive at Musidem”.